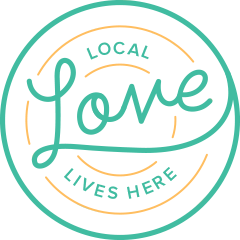 We love what we do, and where we do it. Working in our neighborhood has a lot of perks, not the least of which is being immersed in an exploding creative culture full of food, art, coffee, craft beer, and serious community pride. We’re inspired every day by our neighbors and fellow St. Pete creatives, and we’re sure our work benefits from the positive energy that surrounds this city.

This is How We Do It

We're a tight-knit team that pushes each other to do our best work, and let that work be a reflection of our passions and convictions. Striving for excellence, making time to give back to our community, and doing right by our planet are all part of our daily culture. 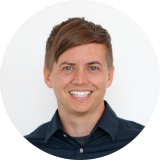 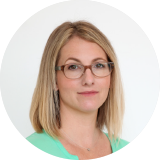 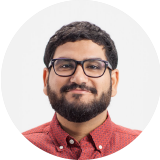 A USF St. Petersburg graphic design graduate, Andrew quickly realized that his passion was in video production. Straight out of school he focused his career on video, using on-the-job training and self-guided study to propel his skills forward.

In 2006 he spent a year documenting the lives of five homeless people in Pinellas County and produced the self-funded feature length documentary film "Easy Street." The film was picked up by Netflix and several film festivals, and purchased by colleges and universities world-wide as a teaching aide in sociology programs.

He then founded Roundhouse Creative, and has been growing his knowledge, capabilities, and team under that name ever since. In 2010 he was elected president of the MLK Business District and led an initiative to connect the north and south ends of the district. In 2012 he relocated to open St. Pete's first and only solar-powered net zero studio, celebrated city-wide as a model for sustainability. Through Roundhouse, Andrew lends his time, talent, and resources in support of local arts, culture, and community organizations, and makes an effort to connect with clients who do the same.

After first dabbling in fine arts, Brooke gained a degree in graphic design from the University of South Florida St. Petersburg. Upon graduation, after a short backpacking trip around Europe, she dove head-first into print design—cutting her teeth on national publications for Major League Sports and American Idol. Just prior to coming on board with Roundhouse she was an Associate Art Director at Florida Trend Magazine, working on special publications including NEXT Magazine for Teens, Business Florida, and Florida Small Business.

Brooke joined Roundhouse in 2010, bringing her expertise in print layout with her, and expanding the company's service offerings beyond traditional video production. Over the past seven years, Brooke's role as Art Director has shifted to include office manager and resident paper pusher (no small feat for a right-brained creative).

When she's not at her day job, or chasing her 4-year-old son, Brooke can be found fostering relationships with the network of small business owners and like-minded creatives who reside in St. Pete.

Joseph is a graduate of the University of South Florida St. Petersburg, with a degree in graphic design and a minor in art history. Through self-study and apprenticeship, he has spent the past five years expanding and honing his professional skillset to include print, digital, and motion graphic design, video editing, illustration, and web design. Joseph has an insatiable appetite for knowledge and is forever collecting inspiration and information to make his design better and his workflow more efficient.

Joseph is a quiet, yet ardent advocate for marginalized populations, positive political action, and self-awareness, preferring to influence others through modeling and gentle challenging of biases. He spends his spare time and money supporting the intersection of awesome design, craft beer, and local business.

Our team is passionate about decreasing our collective carbon footprint and we employ ocean-friendly business practices to help us achieve that. Our office recycles, composts, practices water and paper conservation, and subscribes to a collective lifestyle that rejects single-use plastics and disposables in favor of sustainable, reusable options. For 6 years, we helped pave the way toward sustainability in St. Pete’s first net zero energy building.

Up Early for Our Community

We’re the founding partners and chapter headquarters for the Tampa Bay chapter of CreativeMornings—a breakfast event series that supports, inspires, and connects the creative community in more than 185 cities across the world. Each month we volunteer to help bring this free feel-good event to our community, providing professional video production services, as well as ongoing organizational support for the team.

Best of the Bay Elements of Advertising

Best of the Bay Elements of Advertising

Best of the Bay Public Service

Council for Advancement and Support of Education

Visual Excellence in the Multimedia Arts

As some students and faculty return to campuses th

When Visit Florida tapped us to produce a video hi

Every so often, we have the pleasure of working on

While many of our community members are working ov

We produced this #PSA for @oceanaid360 to help rai

Wine in a keg—weird or genius? We learned all ab

This error message is only visible to WordPress admins

Error: API requests are being delayed for this account. New posts will not be retrieved.

What's Your Next Big Idea?